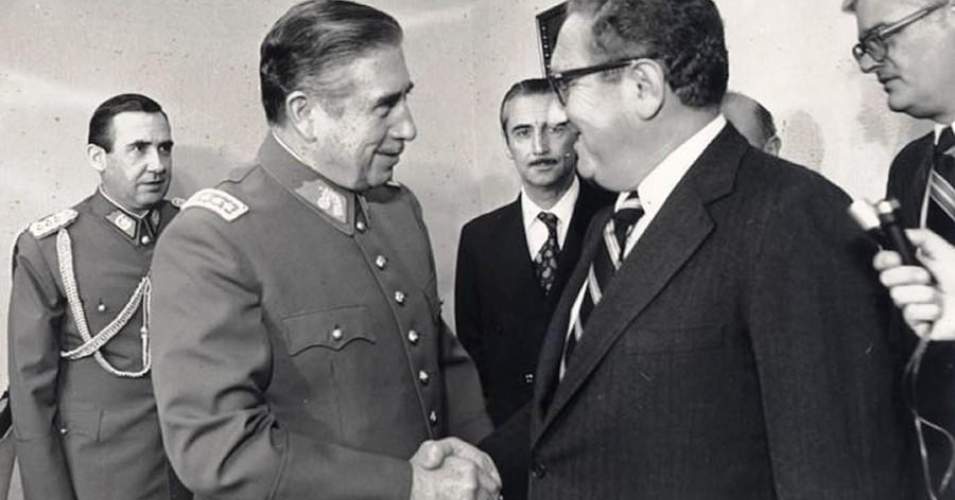 Owning Our Shit: The US Role in Global Migration

Trump’s comments about shithole countries are no surprise and it reflects the racist worldview we know he holds. While much of the discussion around the statement has focused on how racist it was, less commented on has been how profoundly it misunderstands the nature of immigration.

The US is a nation of immigrants, the descendants of enslaved people, and of indigenous people. The immigrants who came here did not come because they wanted to see the sights. Generally, they have come because there was something going poorly at home that made the risky and unpleasant task of migration a better option than staying home.

Who ends up here has always been the result of a combination of our immigration laws and the conditions in other parts of the world. And beginning in the middle of the twentieth century, the conditions faced by people in the rest of the world were increasingly impacted by the actions of the US. Most of us were taught in school that the US is generally on the side of democracy in its foreign policy. And yet with rare exceptions, such as our role in World War II, the US has consistently supported dictatorships. Governments that are not accountable to their people, tend to make decisions that lead to poverty, and other forms of misery. The US has supported many governments that pursue wealth for a small elite and create conditions of poverty, political repression, and warfare. It is these conditions that lead to migration.

In the 1970s El Salvador was ruled by a brutal dictatorship. In the 1980s a movement rose up to overthrow that dictatorship. The US spent millions of dollars in military aid, engaged in covert military operations, and supported the dictatorship politically. In the ensuing civil war, over 70,000 people died. Many fled to the US, Mexico, and other places. Salvadorans did not come to the US because it was a beacon of freedom, but because it is well known as a place where immigrants could find economic opportunities and build a new life.

Haiti was founded as an independent country in 1804 as the result of a successful slave uprising. In 1915, at the request of several US banks, which had large interests in the country, the US occupied Haiti from 1915-1934. It was ruled by the father and son Duvalier dictatorship from 1957-1986. For most of those years, the US supported the Duvalier dictatorship. In 1991, the county elected the progressive president Jean-Baptiste Aristide, who intended to shift the economy to serve the needs of its people, rather than the needs of wealthy landowners and multinational corporations. In 1991 the US government helped overthrow Aristide, leading to years of political chaos. Aristide and his supporters won the presidency several times. Aristide was elected president again in 2001 and was again overthrown with help from the US in 2004.

Since that time, Haiti has struggled with extreme poverty, and the results of devastating natural disasters, such as the earthquake of 2010 which killed over 200,000 people. It should be noted that while earthquakes are natural disasters, the number of people killed in an earthquake is related to the quality of the buildings, which is related to the quality of the government. Corrupt regimes tend to not have strong building standards or to enforce the ones they do have.

The continent of Africa was devastated by hundreds of years of the slave trade, and then by about a hundred years of direct European colonialism. As African countries gained independence, mostly between the 1960s and 1980s, they got wrapped up in the Cold War. In that period, the US played a crucial role in putting dictators in power and keeping them in power. The US was motivated by a desire to keep countries out of the Soviet sphere of influence and to keep their economies serving the same transnational capitalist forces they had served under colonialism.

One illustrative example is the Democratic Republic of the Congo. The movement that fought for independence from Belgium put Patrice Lumumba into power in 1990. When pro-Belgian forces tried to reassert power, Lumumba asked for help from the international community. Getting no support he looked to the Soviet Union for help. Forces aligned with the neo-colonial economic model quickly moved to overthrow and execute Lumumba and put Joseph Mobutu into power. The US provided logistical support for that coup. With US financing and military support, Mobutu ruled as a brutal dictator from 1961-1997.

The North American Free Trade Agreement (NAFTA) was put into place in 1994. It led to the devastation of the rural economy in Mexico, as US corn, subsidized by the US government and run by agribusiness, flooded the Mexican market. That disruption led to thousands of people fleeing their country to survive. Throughout the twentieth century, the US has relied heavily on the labor provided by migrants from Mexico. For decades, the US would routinely offer incentives for people to immigrate. Then, when the economy no longer needed them, would deport them. The US would also routinely regularise the status of people living and raising families in this country by offering amnesty. The current situation, where we have around 700,000 young people who grew up in this country but have no path to citizenship, and precarious or no legal papers to work, is an anomaly. In 1980, when George H.W. Bush and Ronald Reagan ran for president, both argued for amnesty. Since that time, the Republican Party has relied on the scapegoating of undocumented people to mobilize their base to vote for policies that are generally in the economic interest of the 1%. Without this move to scapegoat to win elections, there would have been another amnesty by now.

The US is not the cause of all misery and poverty in the world. Most countries in the Global South have their own dysfunctions and corrupt leaders. And there are other international players who help to keep dictators in power. But ever since the end of World War II, the US took over the role from Europe of being the dominant enforcer of the needs of transnational capital. It has consistently used its military, political and economic might to keep governments from emerging that would run economies in ways that would put the needs of local people first.

As I write this there is a fight going on about whether or not to allow people from El Salvador and Haiti and who are living in the US under a Temporary Protected Status (TPS) to stay here. In both cases, people are living in this country as a result of extremely harsh conditions at home. In both cases, people were granted permission to legalized status as a result of an earthquake at home. In both cases, people have had children and settled in this country. And in both cases, Trump is working to force these people to leave and return to a country still in a devastated state. The fight is also on to provide a legal status for the 700,000 young people who came to this country as children without papers, the so-called Dreamers, who call this country their home. Many of those dreamers come from Mexico and other parts of Latin America. Some come from countries in Africa, Asia, and Europe.

In all three cases, there is no good economic reason to destroy these people’s lives. In all three cases the motivation is simple: to appeal to the racist views of white people who the Republicans hope to keep supporting them, against their economic interests. This is the Southern Strategy begun by Richard Nixon and brought to its highest level yet by Trump. It relies on coded, and not so coded, ways to mobilize the resentments of white voters.

The US has a moral obligation to admit people from countries where we are part of the reason people needed to leave home. We have a moral obligation, as one wealthy country among many, to provide relief for people whose lives are unlivable in their countries of origin. The history of our country shows that immigrants add wealth and cultural richness to our society.

We are at an incredibly unstable time in world history. The possibility of things getting worse is tremendous. White supremacy has been emboldened and has moved from the margin to the center of political discussion. And yet it is also a time of incredible opportunity. As the racism and instability that are at the core of this presidency are made public and discussed, millions of people who felt that they could sit back and allow others to worry about civic issues, are now paying attention and engaging with matters of public concern.

As we come together in more engaging ways, it is important for us to look seriously at our history, and why the world is the way it is, at what the role of our country has been, and perhaps most importantly, at what we want it to be. Perhaps someday we will have a foreign policy that aligns with humanitarian values. And in the meantime, we need to allow refugees and immigrants to come to this country, and we need to offer a path to citizenship to the people who have built lives here. Otherwise, we are not being responsible for dealing with our excrement.

This work is licensed under a Creative Commons Attribution-Share Alike 3.0 License